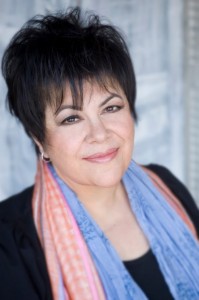 Malcolm Hunter is about to release his new album, “Nostalgia in my Square Head.” It’s a collection of new and previously published material, songs that are carved into his soul and memory, for various reasons. This track is dear to him and bears extra meaning today, now that Phoebe Snow has passed away this morning. The track starts with a few moments of silence, out of respect for this brave and talented artist, mother and woman.

Malcolm: “Snow in Hades is a story where I got a tip to hear Eric Clapton at a private, unannounced gig, in the early 90s, at an upper east side club, called Hades. I was expecting to hear/see a “god” as Clapton is so often referred to. However, when I got to the club, there was no Clapton; rather Donald Fagen, Walter Becker, Phoebe Snow, Boz Scaggs and the Uptown Horns. They were doing a warmup gig for what turned out to be the New York Rock & Soul Revue at the Beacon Theatre. So I did see Snow in Hades – and Melissa’s reference at the end of the tune…”he’s a poetry man” was a direct reference to Phoebe’s tune…
(with the kind permission of Malcolm Hunter Music, © all rights reserved 2011)

NEW YORK — It wasn’t long after the release of “Poetry Man,” the breezy, jazzy love song that would make Phoebe Snow a star, that the singer experienced another event that would dramatically alter her life. In 1975, she gave birth to a daughter, Valerie Rose, who was found to be severely brain-damaged. Her husband split from her soon after the baby was born. And, at a time when many disabled children were sent to institutions, Snow decided to keep her daughter at home and care for the child herself. The decision to be Valerie’s primary caretaker would lead her to abandon music for a while and enter into ill-fated business decisions in the quest to stay solvent enough to take care of Valerie. Snow, who worked her way back into the music performing world in the 1980s and continued to perform in recent years, died on Tuesday from complications of a brain hemorrhage she suffered in January 2010, said Rick Miramontez, her longtime friend and public relations representative. She was 60.

Snow never regretted her decision to put aside music so she could focus on Valerie’s care. She was devastated when her daughter, who was not expected to live beyond her toddler years, died in 2007 at 31. “She was my universe,” she told the website PopEntertainment.com that year. “She was the nucleus of everything. I used to wonder, am I missing something? No. I had such a sublime, transcendent experience with my child. She had fulfilled every profound love and intimacy and desire I could have ever dreamed of.” After her stroke last year, Snow endured bouts of blood clots, pneumonia and congestive heart failure, said her manager, Sue Cameron. “The loss of this unique and untouchable voice is incalculable,” Cameron said. “Phoebe was one of the brightest, funniest and most talented singer-songwriters of all time and, more importantly, a magnificent mother to her late brain-damaged daughter, Valerie, for 31 years. Phoebe felt that was her greatest accomplishment.”

Known as a folk guitarist who made forays into jazz and blues, Snow put her stamp on soul classics such as “Shakey Ground,” “Love Makes a Woman” and “Mercy, Mercy Mercy” on over a half dozen albums. Snow’s defining hit, however, was “Poetry Man,” which she wrote herself. The song, anchored by her husky voice and a fluid guitar, was a romantic ode to a married man. It reached the Top 5 on the pop singles chart in 1975, and garnered her a Grammy nomination for best new artist. Soon after that, her daughter was born. She was born with hydrocephalus, a buildup of fluid in the brain cavity that inhibits brain development. Snow’s husband, musician Phil Kearns, left her while Valerie was still a baby. For years, Snow fought the diagnosis of Valerie’s mental condition, but in 1983, she told The New York Times that she had accepted her daughter’s fate.

“I’ve finally settled into realizing that my daughter is what she is,” she said. “Any progress she makes is fantastic, but I no longer foresee any miracles happening. I went through phases of the occult and of trying to find every single doctor in the country who could possibly do something. I realize now that I can’t move mountains.” While she was caring for Valerie, her career started to take a downward spiral. Inexperienced in the music business, she broke contracts with record companies and others, and found herself embroiled in a number of lawsuits and severe financial problems. “With my quick success, I didn’t have time to learn the ropes of the music business,” she told the Times in the same interview. “Because my first record was such a hit, I was terribly spoiled and I thought I couldn’t do anything wrong. I was also desperate to make tons of money because of my responsibility to my daughter. And there was no longer any joy in making music.”

She started to make her way back into the music business and by the early 1980s was performing shows again. In 1989, she released her first album in eight years, “Something Real.” She also supplemented her income doing through the 1980s and into the 1990s by singing commercial jingle for companies including Michelob, Hallmark and AT&T. Among her other hits was her duet with Paul Simon on the song “Gone at Last.” She also sang “Have Mercy” with Jackson Browne. Snow was born Phoebe Ann Laub to white Jewish parents in New York City in 1950, and raised in Teaneck, N.J. Though many assumed she was black, Snow never claimed African-American ancestry. She changed her name after seeing Phoebe Snow, an advertising character for a railroad, emblazoned on trains that passed through her hometown. Snow quit college after two years to perform in amateur nights at Greenwich Village folk clubs.

In her later years, Snow continued to make an impact musically. She sang the theme for NBC’s “A Different World” and the jingle “Celebrate the Moments of Your Life” for General Foods International Coffees. She also sang at radio host Howard Stern’s wedding to Beth Ostrosky in 2008 and for President Bill Clinton, who asked her to perform at Camp David during his presidency. In 2003, she released “Natural Wonder,” her first album of new, original material in 14 years. Her other albums include 1989’s “Something Real,” and 1981’s “Rock Away.” In 2008, she released a live album titled “Live” and a best-of CD in 2001. After her daughter died, Snow continued to perform. Despite her devastation; she dedicated each performance to Valerie’s memory. In an interview with CBS’ “Sunday Morning,” she said sometimes it was difficult for her to perform, as she remembered her daughter. “And then other nights I feel like it’s my strongest connection to her and it’s my way of sharing her with everybody,” she said. A private funeral is planned for Snow, who is survived by her sister and other relatives.