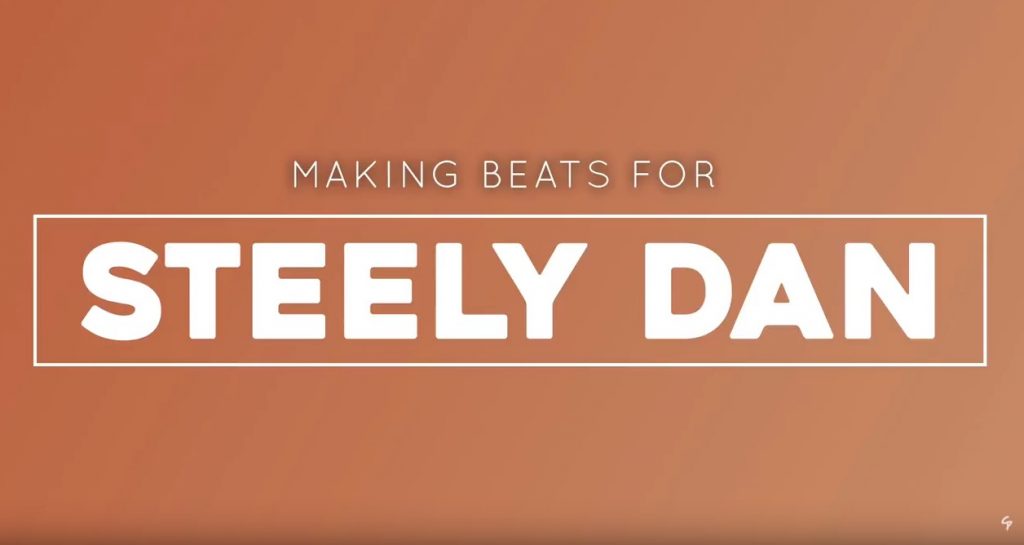 Chris Punsulan is a young beats producer who discovered the music of Steely Dan only a while ago. He’s not a huge fan, as you can hear him say in the video, but he felt intrigued enough to check out the albums Aja and Countdown to Ecstasy. Early this year he felt inspired to create a certain Steely Dan beat, for his own pleasure. When he found out that Walter Becker had passed, he deemed it appropriate to share his Steely Dan beat and created a video, explaining the whole story! And what may be a funny twist to this, is that Chris’ beat sounds very kindred to Stevie Wonder’s Master Blaster from Hotter Than July… a song and perhaps artist he doesn’t know yet 😉 although the album covers in the back seem to indicate it’s virtually impossible for him to not know of Stevie Wonder!